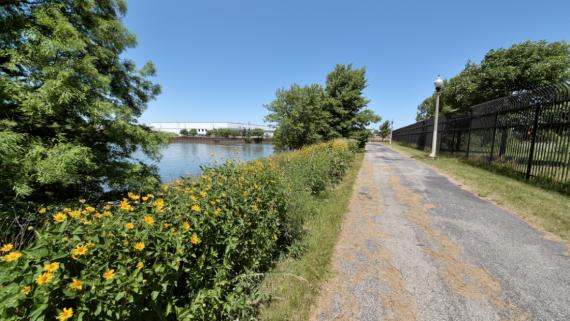 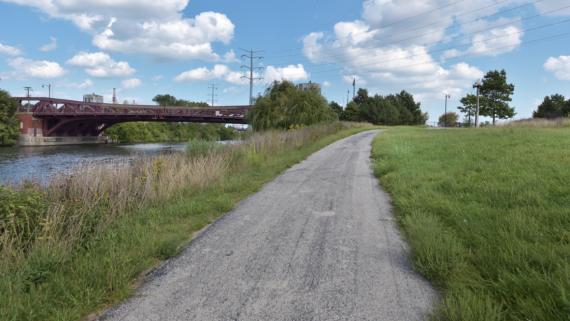 Beautiful views of the river 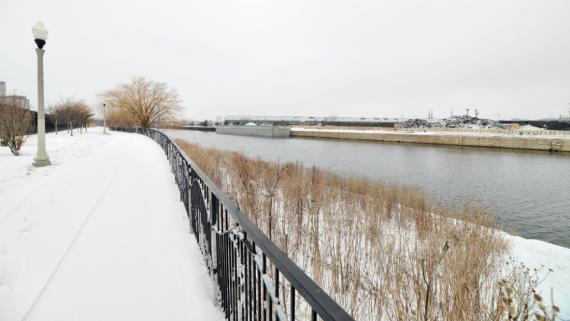 Canalport Riverwalk Park is a 5.14 acre park located in the Lower West Side community. It features a fishing station and a walking path.

Completed in 1848, the Illinois and Michigan Canal helped Chicago quickly become one of the nation’s most important and fastest growing cities. It provided a link between the Mississippi River and the Great Lakes, which made Chicago a major trade center. In 1881, boats carried over a million tons of cargo along the canal.

In 2000, the City of Chicago developed a 5.14-acre passive park in the Lower West Side Community Area west of Canal Origins Park. Using funds from the Illinois Department of Natural Resources the City improved the site with a linear walking path and fishing stations. The City of Chicago named the site Canalport Riverwalk Park because of the historic significance of its site and the recreational opportunities provided because of its relationship to the Chicago River today.  The City of Chicago transferred the Canalport Riverwalk Park to the Chicago Park District in 2001.