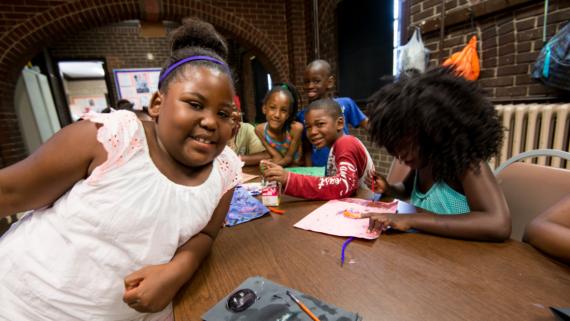 Fun in the Clubroom! 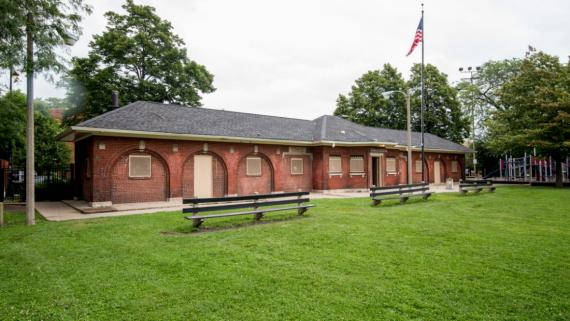 Clark Park in the summer
Location:

Located in the Austin community, Clark Park totals 2.19 acres and features a fieldhouse with a large meeting room.

Outside, the park offers a basketball court, an athletic field for football and soccer, a softball field, a playground and a swimming pool. The playground was renovated in Summer 2014 as part of Mayor Emanuel’s Chicago Plays! Program. Many of these amenities are available as rental spaces for athletic competitions, children's parties or other special events.

Park patrons come to Clark Park to play football, soccer or basketball at the facility. After school programs are offered throughout the school year, and in the summer youth attend the Park District’s popular six-week day camp.

In addition to programs, Clark Park hosts fun special events throughout the year for the whole family, such as gym showcases, holiday activities, Movies in the Park and other Night Out in the Park special events.

Just before 1900, the City of Chicago acquired a parcel of land on West Jackson Boulevard in the Austin community. Having used the site for many years as a Water Pipe and District Yard, the city decided to develop the property as parkland for the rapidly growing neighborhood, transferring it to the Bureau of Parks and Recreation in 1923.

Within a few years, the property was equipped with a small recreation building with open sand court wings, playground apparatus, and a playing field that was flooded for ice-skating in winter. Expanding the park onto several adjacent lots in 1928, the bureau constructed an oval wading pool with a pergola shelter. The open wings of the recreation structure were enclosed in 1947, creating a year-round facility.

The Chicago Park District began leasing the park in 1960. A decade later, the park district replaced the deteriorating wading pool with a larger swimming pool. A soft surface playground was installed in 1991, and trees planted several years later.

The park honors John S. Clark (1892-1960), who was elected alderman of the surrounding 30th Ward in 1917, at the early age of 25. (At the time, the city regularly named parks for the sitting aldermen of the wards in which the properties were located.) In 1927, Clark became chairman of the City Council's powerful Finance Committee. He served the 30th Ward until 1934, when he was elected Cook County Assessor, a position he held for 20 years. Throughout his life, Clark actively participated in civic affairs on Chicago's west side.