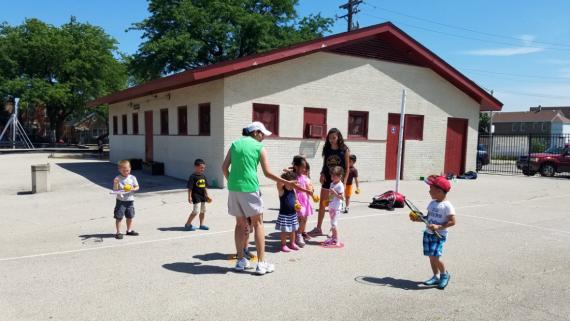 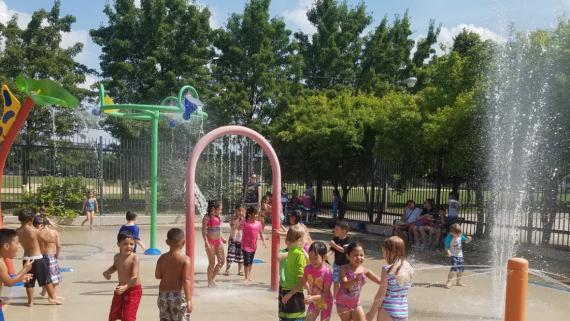 Fun in the water spray feature! 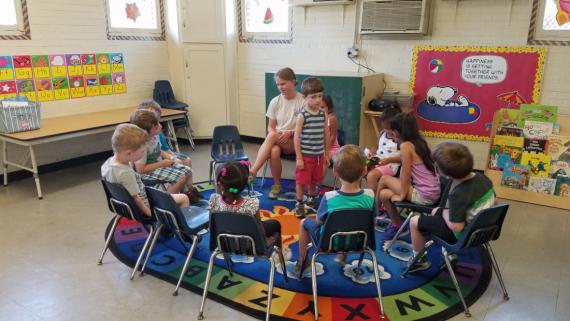 Our popular tots programs at Donovan 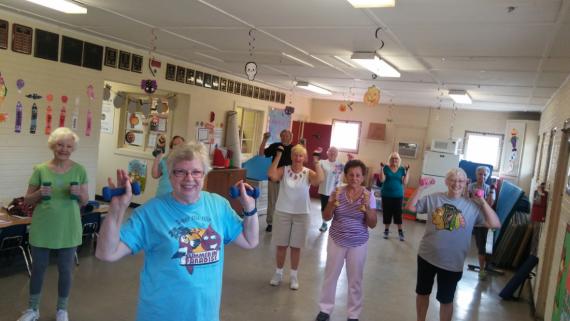 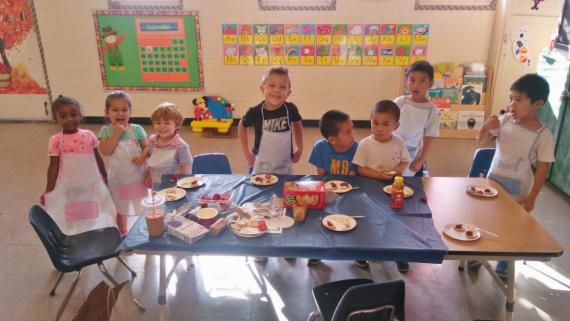 Having fun with food! 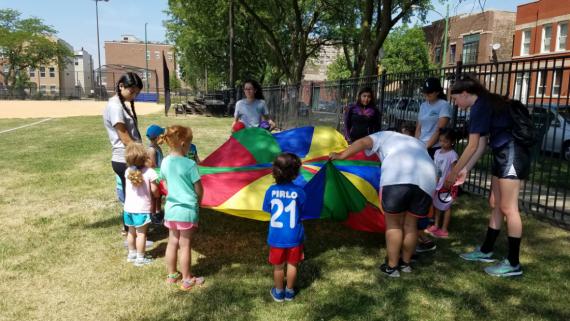 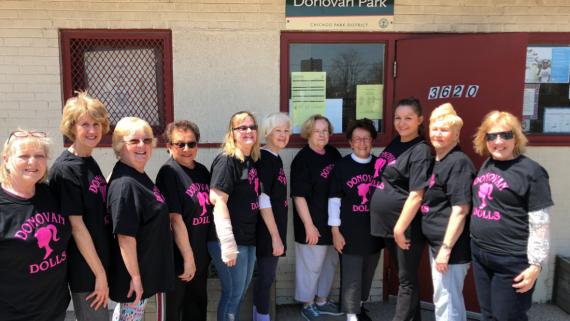 Our Donovan Dolls get together for Strength and Conditioning classes in the park!
Location:

Donovan Playground Park is located in the Bridgeport Community. The park totals 2.98 acres and features a small field house.

Outdoors, the park offers baseball fields, an athletic field, a playground, basketball courts and an interactive water spray facility. The playground was renovated in Fall 2013 as part of the Chicago Plays! progam.

While the park is busy during the summer with baseball leagues and day camp, year-round programs are also offered, including preschool, dodgeball and a variety of youth sports and adult fitness. Donovan Park is a popular destination for yoga, conditioning and softball. Parents also gather at Donovan Park with their preschoolers for Tot Spot, Storytime and other programs designed for younger children.

Donovan Park is one of three Chicago parks named in honor of a group of firemen who perished in a disastrous fire on March 1, 1957. Engine 29 Captain George L. Donovan (1916--1957), along with fellow firefighters Howard J. Strohacker (1909--1957) and Sylvester L. Pietrowski (1920--1957), perished when the factory of the Lawrence Corporation, a shortening manufacturer, exploded, burying the three in tons of debris. An old friend and neighbor of Mayor Richard J. Daley, Donovan lived just three blocks east of the Bridgeport Park now bearing his name.

Initially known as Sangamon Park, this playlot was established by the City of Chicago's Bureau of Parks and Recreation on Board of Education property just two years before Donovan's death. In 1959, the city turned over management of the park to the Chicago Park District.

The Chicago Board of Education acquired land for the park in 1887, 1913, and in 1943.  The City of Chicago acquired land for the park in 1939.  The Chicago Park District acquired the land from the Chicago Board of Education in 1991.  By the time the Park District assumed full ownership in 1991, the park included a playground, a small recreational building, and various ball fields and courts. Shortly thereafter, the district rehabilitated the Donovan Park playground as part of its soft surface playground program.