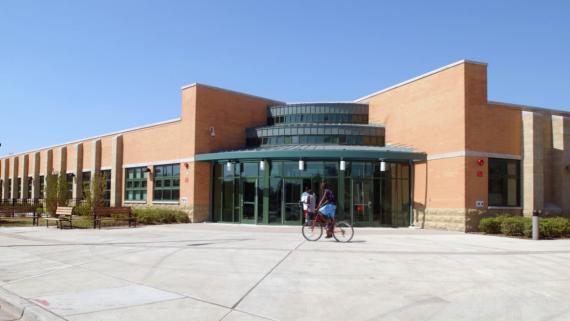 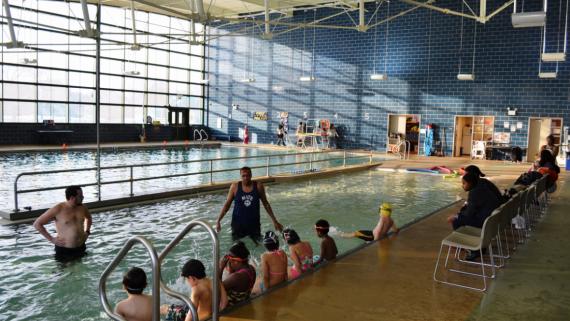 Learning to Swim at Fosco

The fitness center at Fosco

The gym at Fosco

Located in the Near West Community, Fosco Park totals 6.05 acres and features an indoor Olympic-sized zero-depth swimming pool, a fitness center, meeting rooms and a kitchen. Outdoors, the park offers two playgrounds, including one with interactive water features.

Young park-goers come to Fosco Park to participate in the Junior Bears football and cheerleading programs, to learn to swim, or to enjoy after school activities like table games and  arts & crafts. In the summer, youth attend the Park District's popular day camp or participate in one of the fitness partnerships offered at the park.

Adults and seniors enjoy a range of activities at Fosco Park, including swimming in the pool or working out in the fitness center. Parents also gather at Fosco Park with their preschoolers for Bitty and Tiny Tot recreation programs.

In addition to programs, Fosco Park hosts fun special events for the whole family, including holiday activities, Movies in the Park screenings and other Night Out in the Parks events.

The Near West Side, one of Chicago's most fashionable neighborhoods in the mid-nineteenth century, had experienced significant decline by the Depression Era. Soon after the founding of the Chicago Housing Authority in 1937, it began replacing deteriorated buildings in the neighborhood with new multi-unit public housing developments. Built between 1938 and 1961, the area's four large housing complexes, known jointly as ABLA, include: the Jane Addams Houses, Robert H. Brooks Homes and Extension, Loomis Courts, and Grace Abbott Homes.

In 1945, the City's Bureau of Parks and Recreation created Fosco Park on Board of Education property to serve the growing population. The two-acre park included a playing field and a small brick recreation building. The city named the park for Peter Fosco (1894--1975), president of the Laborer's International Union of North America and former Cook County Board commissioner.

At the turn of the 21st century, Fosco Park and its surrounding neighborhood experienced significant changes. Some of the existing ABLA housing units were rehabilitated, while others were replaced with new low-rise residences. Fosco Park's small brick recreation building and the adjacent community center were razed and a new state-of-the-art facility was erected at 1312 S. Racine. The 80,000-square-foot Community Center opened in Summer 2005 and is jointly programmed by the Chicago Park District and Marcy Newberry Association.

Movies in the Parks at Fosco

Gallery:
Olympian Michael Phelps at Fosco Park
Date Posted: 8/2/2012 Children in a Chicago Park District swimming program at Fosco Park get a visit from US Olympian…