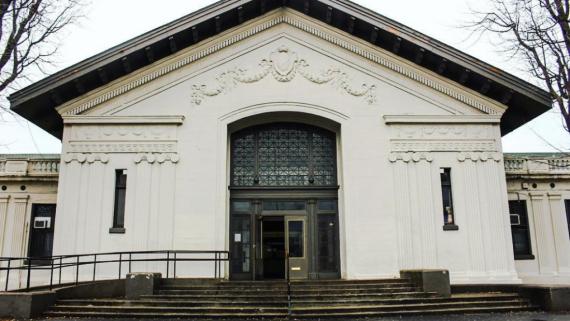 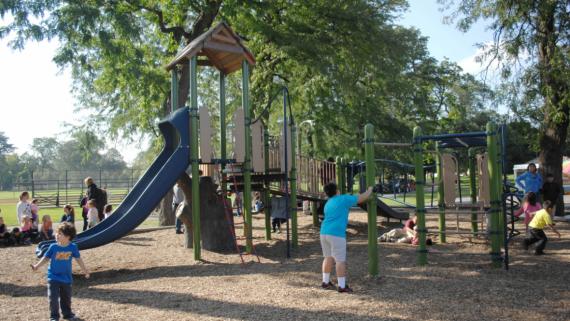 Fun on the playground! 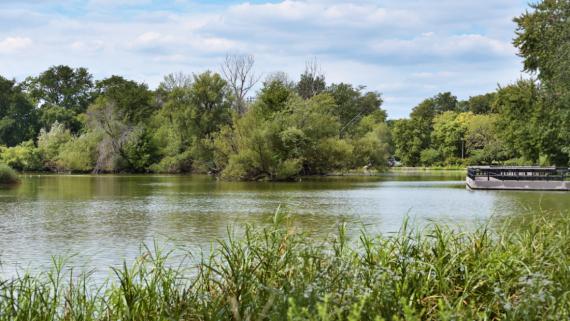 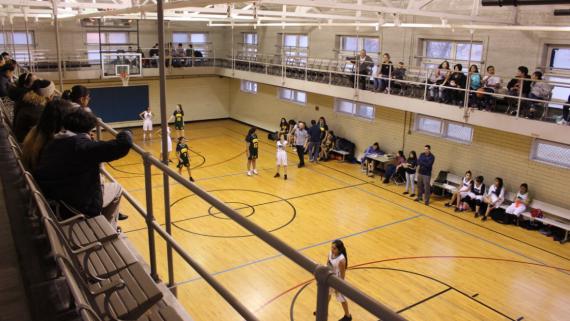 After school basketball at McKinley 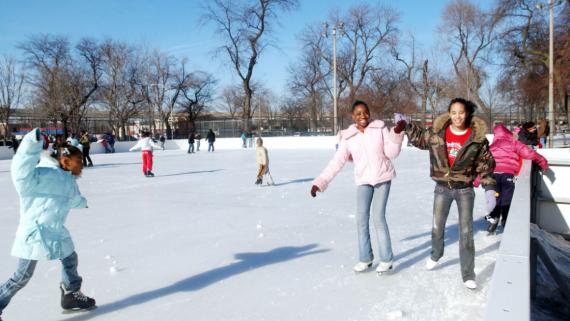 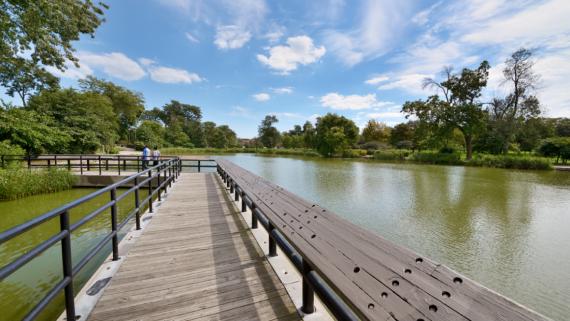 A beautiful place for a walk! 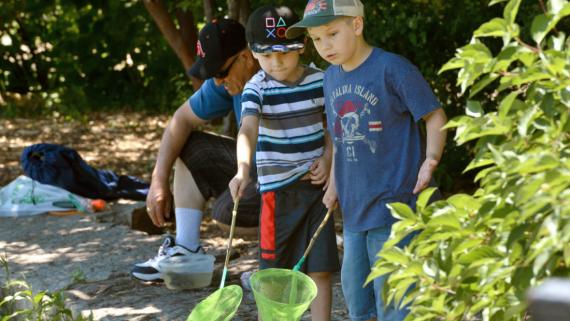 Located in the McKinley Park community area, adjacent to Brighton Park and Back of the Yards, McKinley Park totals 71.75 acres and features two gymnasiums, a gymnastics center, a kitchen, an auditorium and meeting rooms. Outside, the park offers a swimming pool, artificial turf soccer field, baseball fields, basketball courts, an athletic field for football or soccer, a seasonal ice skating rink, a playground and an interactive water spray feature. The playground was renovated in Fall 2014 as part of Mayor Emanuel’s Chicago Plays! Program.

Many of these spaces are available for rental. Park-goers can play seasonal sports or go ice skating in the winter at the facility. After school programs are offered throughout the school year, and in the summer youth attend the Park District’s popular six-week day camp.

In addition to programs, McKinley Park hosts fun special events throughout the year for the whole family, such as Halloween events and Movies in the Park.

In October of 1901, one month after the assassination of William McKinley, 25th President of the United States, the South Park Commission (SPC) officially named a new and still undeveloped park in his honor.

Experimental in its location and intent, this park proved to be nationally important. At the time, Chicago's existing parks were far away from the filthy, noisy, overcrowded tenement neighborhoods in the center of the city. Superintendent J. Frank Foster envisioned a new type of park that would provide social services as well as breathing spaces in these areas.

To test the idea, in 1901 the park commission began acquiring property near the Union Stockyards. Composed of open prairie and cabbage patches, the site had previously been the Brighton Park Race Track. The experimental McKinley Park originally offered ballfields, lawn tennis, swimming and wadinglagoon, and a lovely classically-designed bathhouse.

More than 10,000 people attended the park's dedication on June 13, 1902. The effort was so successful that the following year the South Park Commission began creating a whole system of new neighborhood parks for the south side. Opened to the public in 1905, the first ten were: Sherman, Ogden, Palmer, Bessemer, and Hamilton Parks, and Mark White, Russell, Davis, Armour, and Cornell Squares. These innovative neighborhood parks influenced the development of other parks throughout the United States.

McKinley Park received such intensive use, that in 1906, the SPC acquired adjacent property, doubling its acreage. The designers expanded the existing wading pool into a large naturalistic lagoon with several small wooded islands. They also introduced a children’s playground, a music court plaza, open-air gymnasiums, and the following decade, a field house.

PAC meetings held every other month on the  2nd Monday at 6pm. Please contact the McKinley PAC for details.

Make Music Chicago Pianos in the Parks at McKinley