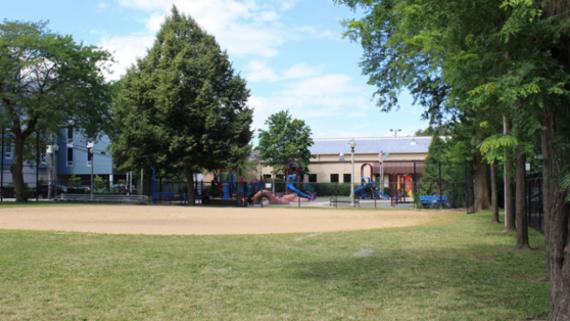 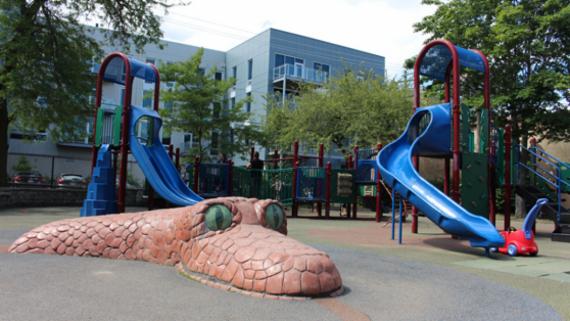 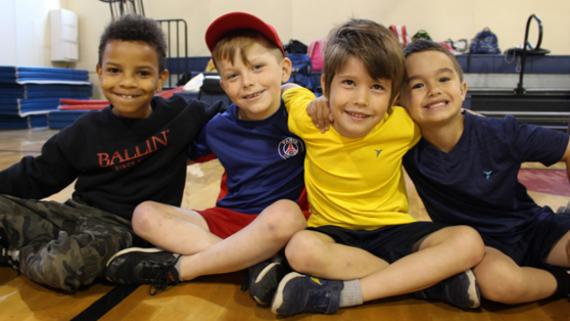 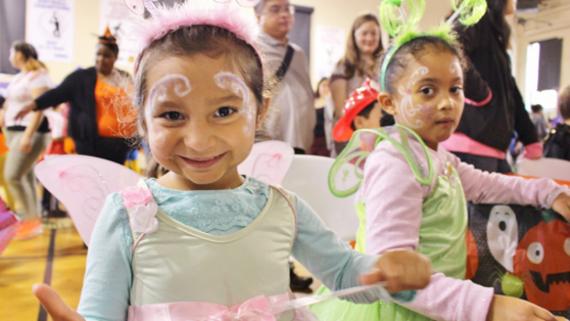 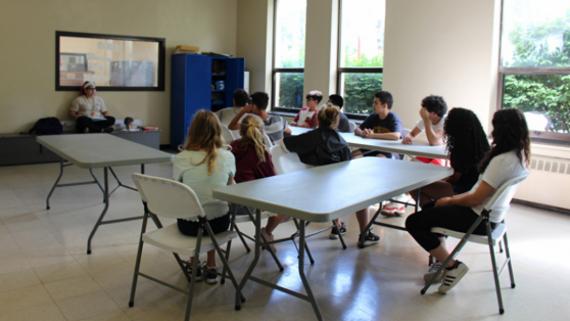 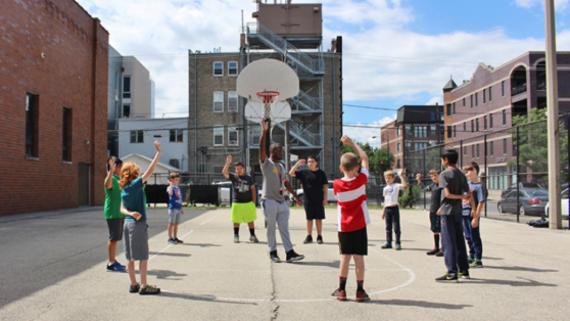 Located in the West Town community, Commercial Club Playground of Chicago totals 1.52 acres and features a fieldhouse with a kitchen and a gymnasium with a newly upgraded floor. Outside, the park offers a playground, baseball field and basketball court. Many of these spaces are available for rental for community meetings and parties.

Park-goers come to Commercial Club Park to play basketball, seasonal sports and volleyball at the facility. After school programs and specialty camps are offered throughout the school year, and in the summer youth attend the Park District’s popular six-week day camp.

In addition to programs, Commercial Park is a popular destination for fun special events throughout the year for the whole family, such as egg hunts, the Halloween costume parade, winter holiday parties and Movies in the Park.

Concerns about the lack of playgrounds in congested parts of the city spurred the Commercial Club of Chicago to create a small park in the West Town neighborhood. A prominent and influential business organization, the club participated in various projects to improve and beautify the city, including sponsoring Daniel H. Burnham's seminal 1909 Plan of Chicago.

For the playground project, club members donated $10,000, the largest gift for such an effort at the time. The park was named Lincoln Playground, for adjacent Wolcott Avenue, previously known as Lincoln Street. In 1889, the club donated the park to the City of Chicago, stipulating that it be named in honor of the Commercial Club, and that the name never be changed again.  In 1929, the club donated more land to expand the park with the same stipulation.

The Commercial Club remained active in supporting this and other playgrounds for many years. It donated $1,000 for an ornamental fence around Commercial Club Park in 1908, and made annual $200 gifts to provide prizes for athletic contests and competitions in numerous municipal parks.

When Commercial Club Park first opened to the public, it included playground equipment, sand courts, a shelter house, and a playfield that was flooded for skating in the winter. By 1938, the city had constructed a fieldhouse in the park, providing a gymnasium and play room.

Gallery:
Commercial Club Park: Mosaic
Date Posted: 7/21/2015 Extending along the full vertical height of the building, the mosaic on the Rice Street faETB1ade…