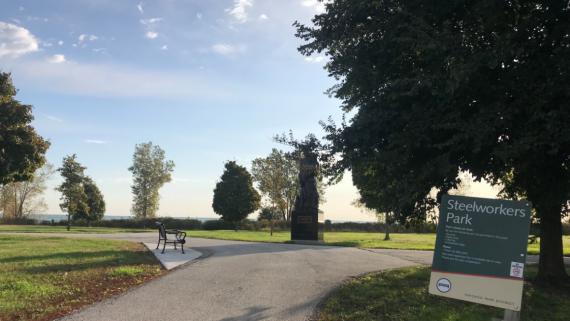 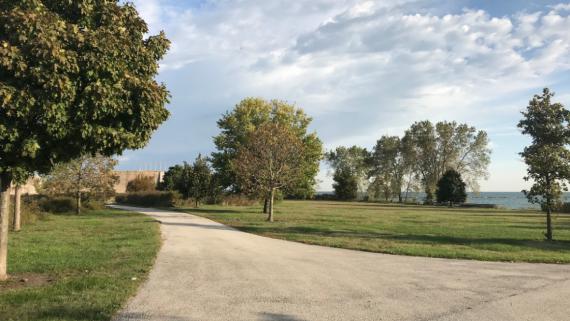 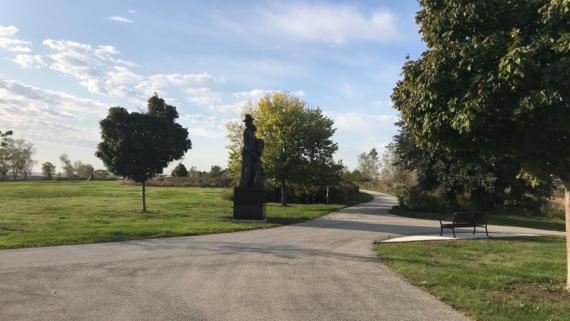 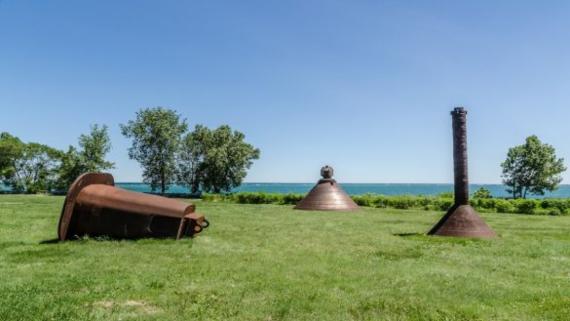 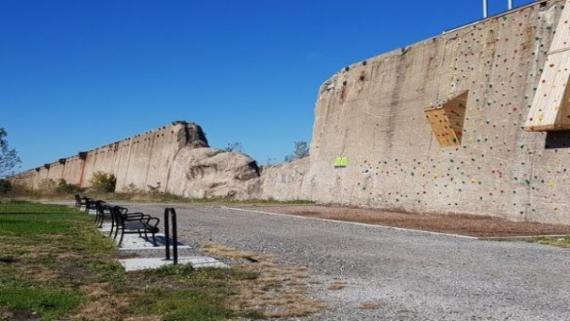 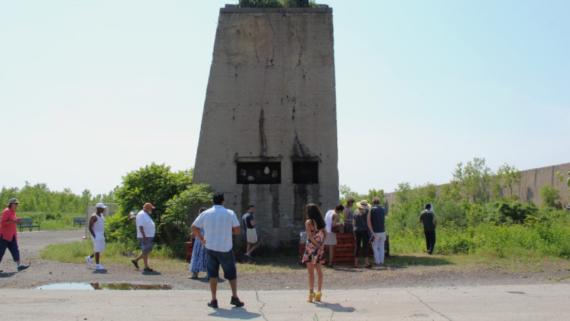 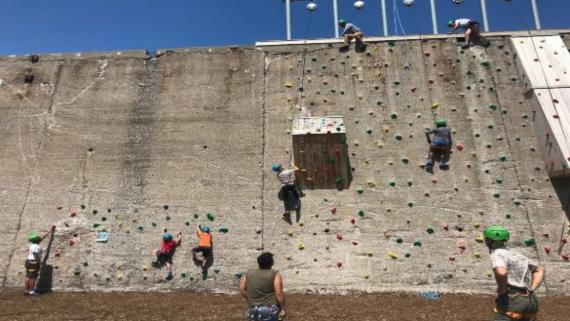 Steelsworkers Park is 16.56 acres and it is located in the South Chicago community. This is a great nature area with trees, walking paths and an ideal location for families to enjoy nature in the city. This park features a community rock climbing wall built on the historic ore wall of the Steelworks industry.  For information on booking a private group climb or for school groups please call (312) 590-5993.

In 2002, the Chicago Park District acquired a 16.5-acre site in the South Chicago community to develop a new park. Previously part of the US Steel Complex known as South Works, the site was recently transformed into an attractive landscape with natural areas, trees, walking paths and exquisite views of Lake Michigan. The property is edged by remnant elements of the steel industry, most notably a series of enormous concrete ore walls. Located at the juncture between the Calumet River and Lake Michigan, the South Works first opened in the early 1880s. By this time, the surrounding area had already attracted industrial development because of its location near the river, lake, and substantial railroad service that provided excellent opportunities to transport materials and goods. Swedish, Scottish, and German immigrants had settled in the area, and the growing steel industry attracted even larger numbers of residents to the South Chicago area. In 1901, the US Steel Corporation acquired South Works. At the time, well-paying jobs at the industrial complex attracted Italians, Poles, Mexicans, and African-Americans to make the area their home. At its peak, South Works had more than 20,000 employees. It covered an area of 600 acres, much of which was composed of landfill made of molten slag. After South Works began downsizing in the 1970s, the mill closed down in 1992. The City of Chicago and community organizations are championing ambitious redevelopment plans for the area. Officially named as Steelworkers Park by the Chicago Park District Board of Commissioners in 2014, the park provides a first step towards realizing these plans.

For directions using public transportation visit www.transitchicago.com. Car parking is available upon entry to the park, after turning onto 87th St. from S. Lake Shore Dr.