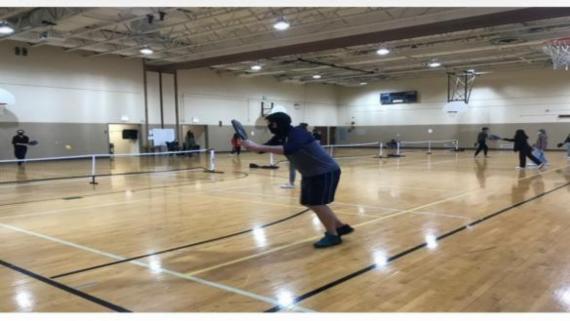 Located in the Lincoln Park community, parents gather with their preschoolers at Oz Park to enjoy the park which celebrates "The Wizard of Oz" theme. “Dorothy’s Playlot” is filled with play equipment for the little ones to climb, swing, and run. In the "Emerald Garden", families can enjoy a leisurely afternoon among the beautiful flowers. Take a stroll through the park and you’ll be greeted by statues of the Tin Man, Scarecrow, Cowardly Lion, and everyone’s favorite, Dorothy & Toto. Organized activities for children include soccer, day camp, and t-ball.

The park is 14.40 acres and it features Dorothy's Playground, a community garden, tennis courts, ball fields, and basketball courts.

We invite you to check out our programs offered year-round!

Although the area surrounding Oz Park is considered prime real estate today, in the late 1950s it was in sub-standard condition. In the 1960s, the Lincoln Park Conservation Association approached the City of Chicago in efforts to improve the community, and the neighborhood was soon designated as the Lincoln Park Urban Renewal Area. The urban renewal plan identified a 13-acre site for a new park, and in 1974, the Chicago Park District acquired the land. In 1976, the park was officially named Oz Park in honor of Lyman Frank Baum (1856-1919), the author of The Wonderful Wizard of Oz. Baum settled in Chicago in 1891 several miles west of what is now the park. Having begun writing children's books at age 41, Baum wrote more than 60 books, including 14 Oz books, by the end of his life. In 1939, the production of an MGM movie, The Wizard of Oz, immortalized Baum's classic work of fiction. In the early 1990s, the Oz Park Advisory Council and the Lincoln Park Chamber of Commerce commissioned artist John Kearney to create a Tin Man sculpture, installed in October 1995.  The Advisory Council followed up by raising funds for the Cowardly Lion, installed in May 2001; the 7 ft./800 lb. cast bronze Scarecrow, installed June 2005 and in Spring 2007 Dorothy & Toto joined their friends in the park. Other elements which celebrate Oz Park's theme, include the "Emerald Garden" and "Dorothy's Playlot." The playlot not only relates to the park's name but also to that of its donor, Dorothy Melamerson, a retired local schoolteacher whose savings have paid for a number of park improvements in the Lincoln Park neighborhood. The Oz Park Advisory Council has raised more than $1,6600.00 to support enhancements to Oz Park.

For park-specific information, please contact the park supervisor at 312.742.7898 or email Erik.Gleaves@ChicagoParkDistrict.com